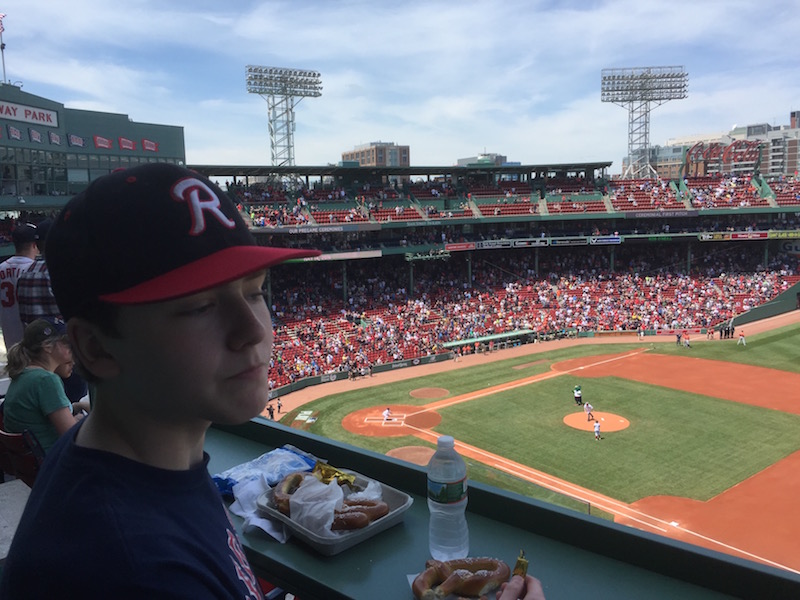 In spite of the fact the Red Sox are playing like they're in spring training, I'm glad to have baseball back in my life. My interest in baseball and technology have been intertwined since I wrote my first serious software at age 11: a simulator to predict how Babe Ruth would perform against modern pitchers. One of the most overlooked aspects of the game I deeply appreciate is the grind required for any kind of success. In any given year, about 450K+ kids play high school baseball. Of these, about 34K will go on to play NCAA baseball, and about 700 will get drafted into professional baseball. But getting drafted only guarantees a right to compete to be in the Major Leagues. What lies ahead for a professional ball player is years of hard work and struggle. And while you are struggling, new draft picks are coming up through the ranks behind you hoping to take your job.

I think it is for this reason that I am shameless about enjoying baseball players whose success comes unexpectedly after years of hard work and failure. I love the story of former Red Sox hitter Daniel Nava, who failed to make his first college team, went undrafted, was picked up by the Sox for a $1 from the independent leagues, and went on to be one of the key players who helped win the 2013 World Championship. Or the story of Steven Wright, who was demoted back to AA, picked up a knuckleball in desperation, considered leaving baseball to frame houses for his father-in-law, and then became one of the best pitchers in Major League Baseball in 2016. Or even the story of David Ortiz, who was cut from the Twins roster in 2003 after six years of battling through injuries and inconsistent hitting, only to become one of the all-time Red Sox greats.

Startups require commitment, perseverance, and passion. Unfortunately startups - like most professional baseball careers - sometimes end in failure. If you join a startup with anything less than a full commitment, you likely won’t find success. If you start a company with expectations solely of achieving wealth or fame, you won't persevere through the tough times. And if you don’t wake up every day to put a full effort toward your business, you have no chance of success.

In startups - like baseball - perseverance in the presence of repeated failure is not a part of the game - it is the game.

"Every strike brings me closer to the next home run."
-Babe Ruth